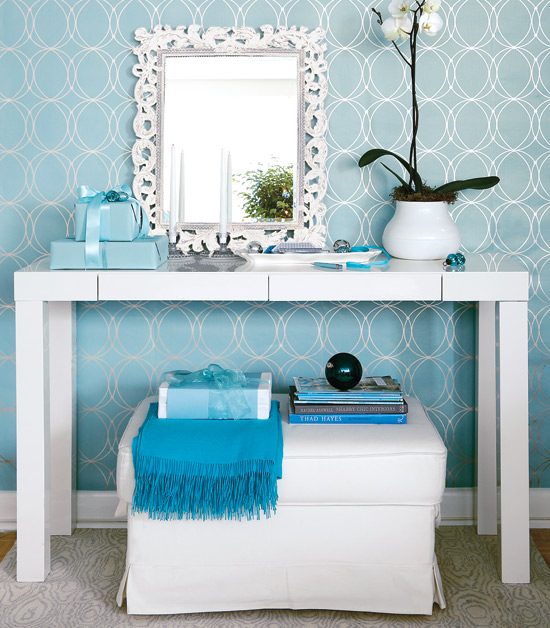 Style At Home
Want a great piece of furniture?  Buy a Parsons console table!  I love the look and versatility of these simply designed console tables.  Here's a little history behind the Parsons table (written by Mitchell Owens for The New York Times):


In the most likely version of the story the French decorator Jean-Michel Frank, the undisputed master of luxurious minimalism, was lecturing at the Paris branch of the Parsons School of Design in the 1930's. According to an oral history in the Parsons archives, Frank challenged students to design a table so basic that it would retain its integrity whether sheathed in gold leaf, mica, parchment, split straw or painted burlap, or even left robustly unvarnished.
What grew out of Frank's sketches and the students' participation was initially called the T-square table, rigorously plain but with stylistic distinction: whatever its length or width, its square legs were always the same thickness as its top.
Stanley Barrows, a Parsons student who became one of the school's most celebrated professors, recalled that the student creation was brought to 3-D life in New York by a handyman janitor at Parsons. Exhibited at a student show, the table, whose designer remains unknown, quickly became a favorite of tastemakers on both sides of the Atlantic.
In America the first Parsons tables were mass-produced in 1963 by two leading furniture companies, Mount Airy and Directional. And since then the design has been knocked off at every conceivable price in every possible material, including plastic. 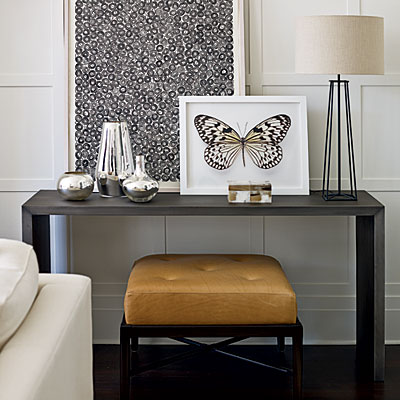 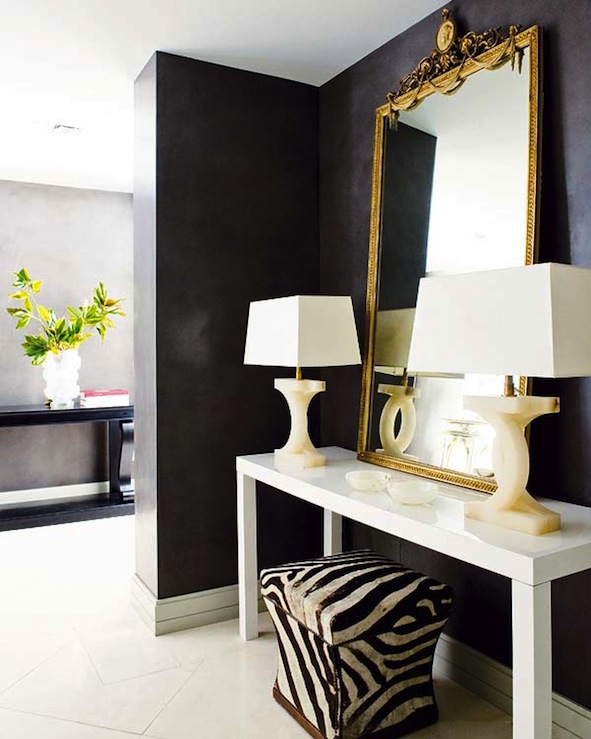 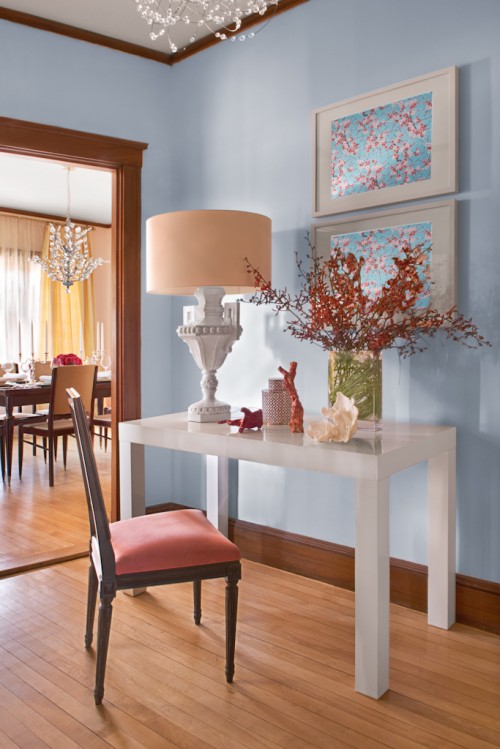 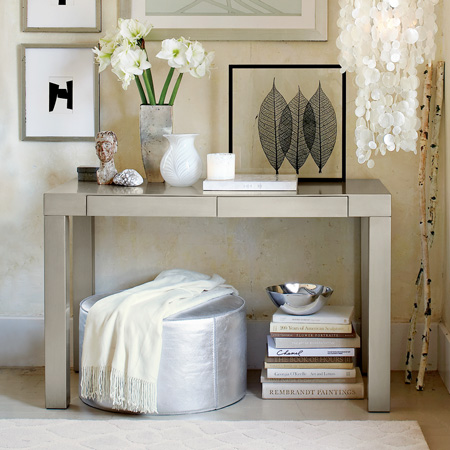 Peggy Fortuna
As a design consultant with Ethan Allen, I am always working with color. I started this blog to showcase inspirational photos that feature great design as well as color......because as I often say, "color changes everything!" Thanks for visiting my blog.